A cool day in summer

A cool day in summer

SkiBudFrank suggested we do the traverse from Bear Lake to the Fern Lake trailhead via Lake Helene and it sounded like a good idea as I hadn’t been that way for a few years.
It was a cool morning that had me wearing my wool jacket in spite of the fast pace we set to keep ahead of the mosquitoes. The cool air also kept most of the skeets slow and it was nearly an easy pace but I did start breaking a sweat as we neared Helene but we first went out on a windy rock for the view and to dry off before putting the bug repellent on.
The rest of the trip would be downhill and it was warming up enough for me to take my jacket off.
We had lunch on the windy rock and stopped by Helene before heading down to Odessa. There were clouds starting to form on the Divide: 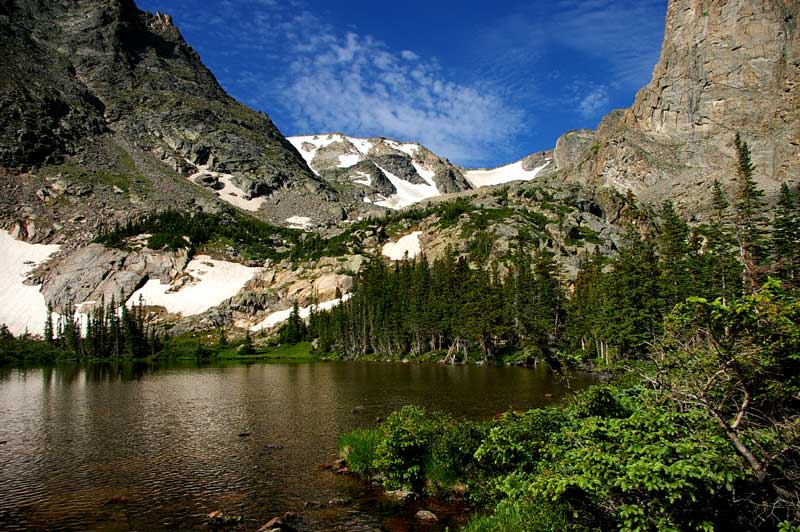 Frank insisted I take a picture of him in such magnificent surroundings: 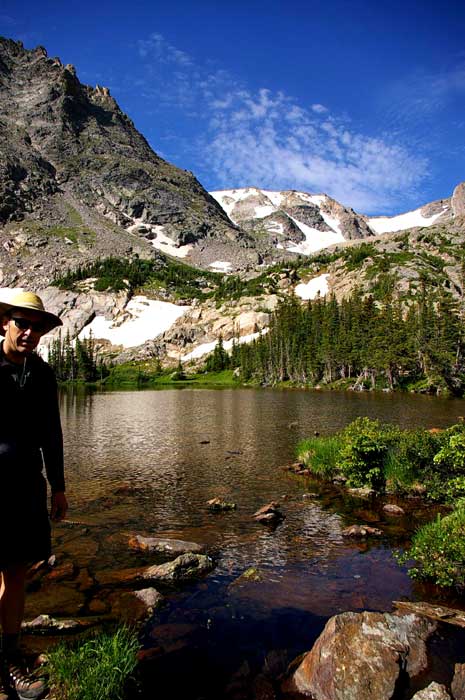 On previous trips, I had been eying a backcountry route down to Odessa and Frank had suggested we do it. The very top was a steep couloir that looks promising for a winter descent with skis and then only if a good skier. It would also probably avalanche easily as the snow must collect pretty deep. I think we came across one avalanche pile that hadn’t melted yet: 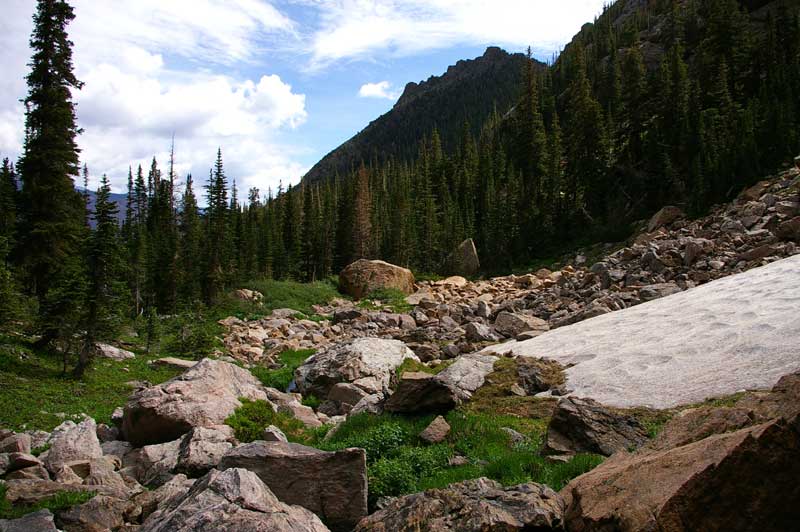 We must have descended 200 ft. or more while holding onto rock with our hands. I could tell that no one goes this way with the lack of any unnatural erosion. The vegetation was quite thick in most places but there did seem to be elk routes here and there but they were hard to spot in the deep overgrowth.
It was a very wet area as we followed the tiny babbling brook that originated from the snow pile: 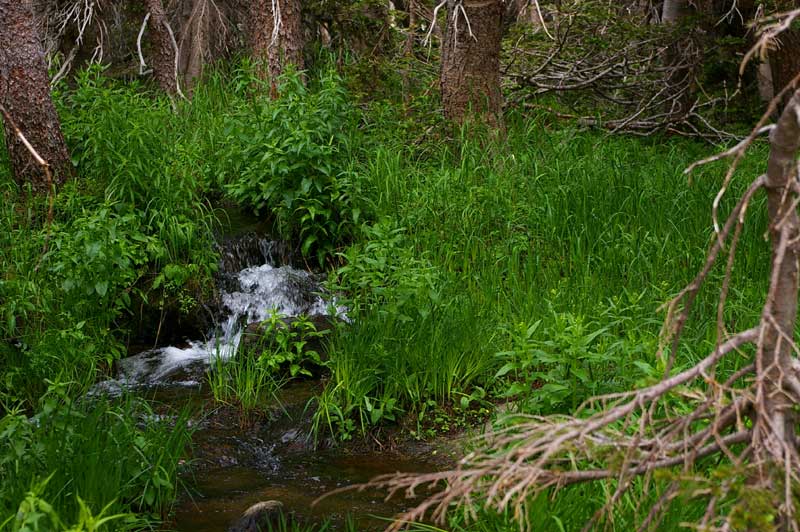 We did get a final view of Odessa before we dropped into the trees: 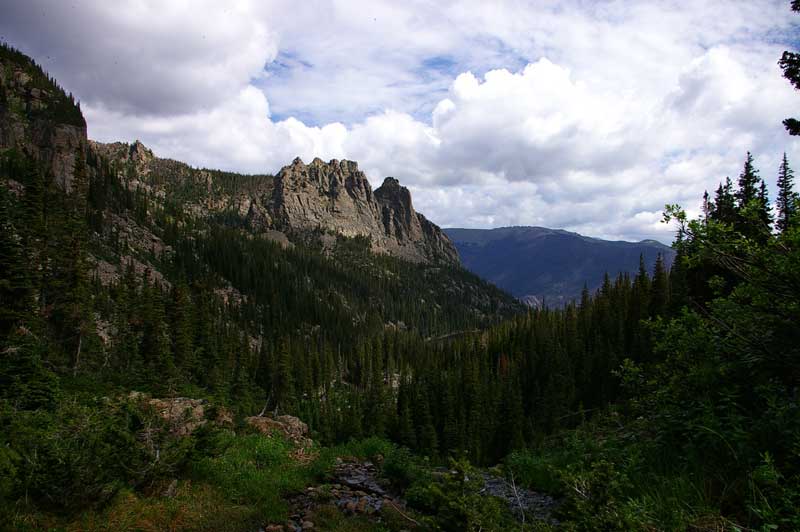 Some of the stream area was open and we saw another steam join the one we were following: 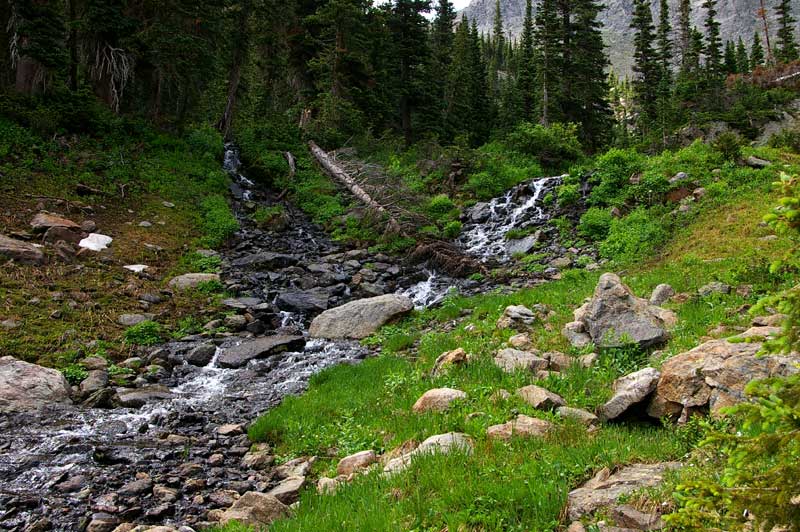 Once we got into the woods, there were elk trails here and there but there were also lots of big trees that had fallen over them making them hard to follow. It was an enjoyable stroll through the woods though with it being so tricky.
We got back to the trail at Odessa about the time the weather moved in: 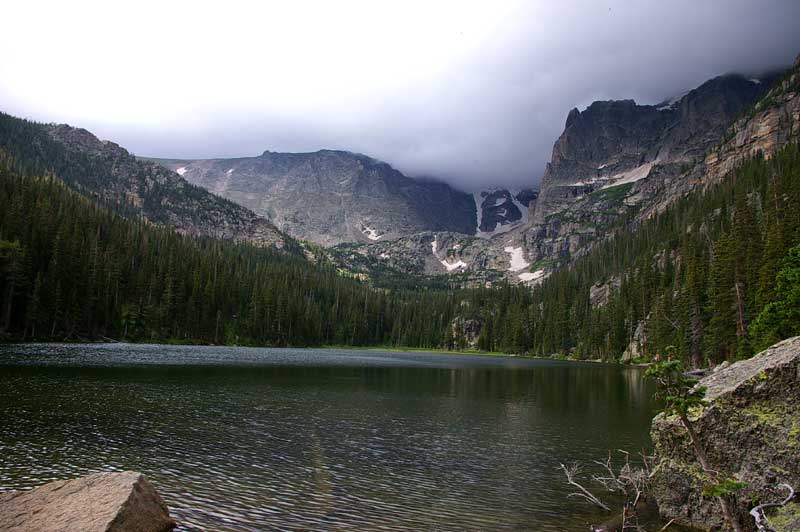 The couloir we came down wasn’t quite visible as it was around the corner on the left when looking up to the bench that Helene sits on: 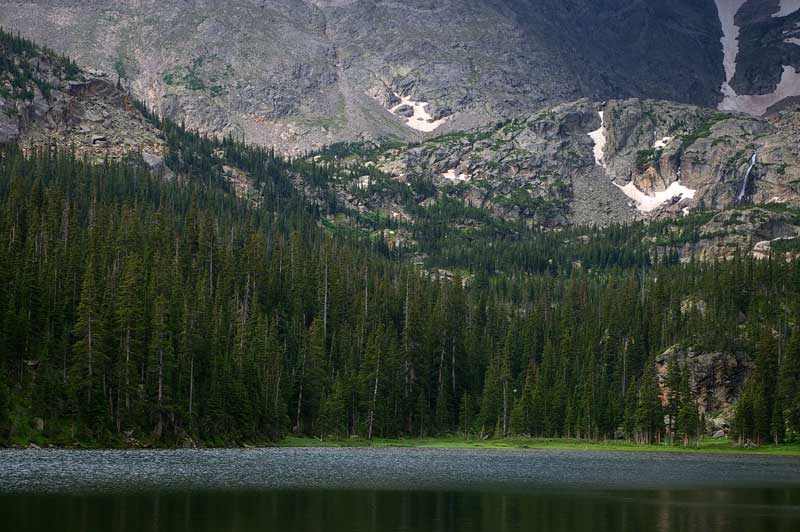 It started raining as we left Odessa, so we stormed on down past The Pool to catch the shuttle bus back to Bear Lake.
All in all, a pleasant day after a hot week on the plains.
Ed Huesers
http://www.grandshelters.com
http://www.facebook.com/Igloo.Ed
Top
Post Reply
1 post • Page 1 of 1