A stroll up Andrew's Glacier

A stroll up Andrew's Glacier

I had decided to put in a long day last Sunday after working on my yard for the first three days of the four day holiday but I made the mistake of letting myself rest a bit before getting out of bed. I must have fallen back asleep immediately because the next thing I knew it was a little over an hour later.
Well, I figured I’d give it a go and see what came of the day knowing I probably wouldn’t make a summit by noon to avoid the possible afternoon showers.
I hadn’t decided what peak I wanted to do but Taylor was a possibility and that would also give me a chance to see what the conditions were like on Andrews Glacier.
I figured I’d make Andrews Pass even with the late start and be able to see what the glacier was like.
It was a nice cool morning and I wore my wool, which helped with the mosquitoes who weren’t hungry yet with it being so cool. Luckily there weren’t many skeets as when they did get hungry, they started to swarm me every time I stopped. I had my deet along but I prefer to keep moving rather than put the stuff on me.
It didn’t take long to reach Beautiful Lake Marv AND the beautiful breeze that was blowing in off the lake. Ya, the breeze is beautiful when it keeps the skeets away: 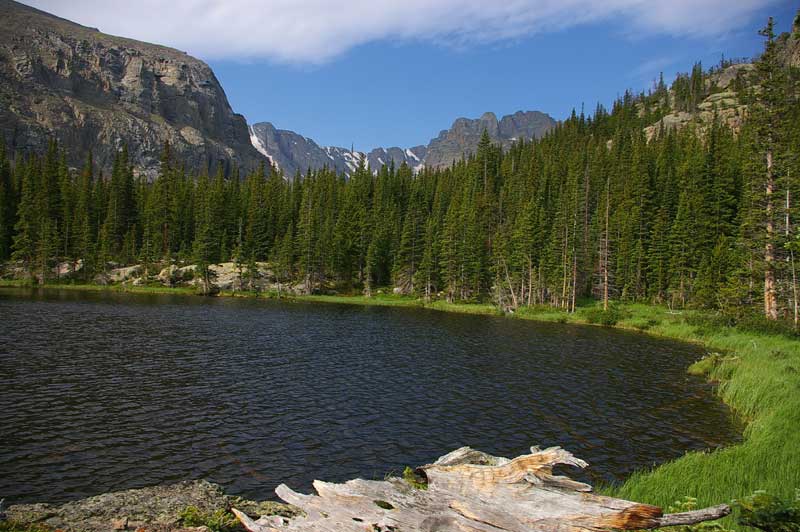 I took my wool off at the lake and dried off before heading off to the Loch and I was able to travel a little faster without working up a sweat and also staying ahead of the skeets.
The wind was again blowing strong enough at the Loch to keep the skeets away: 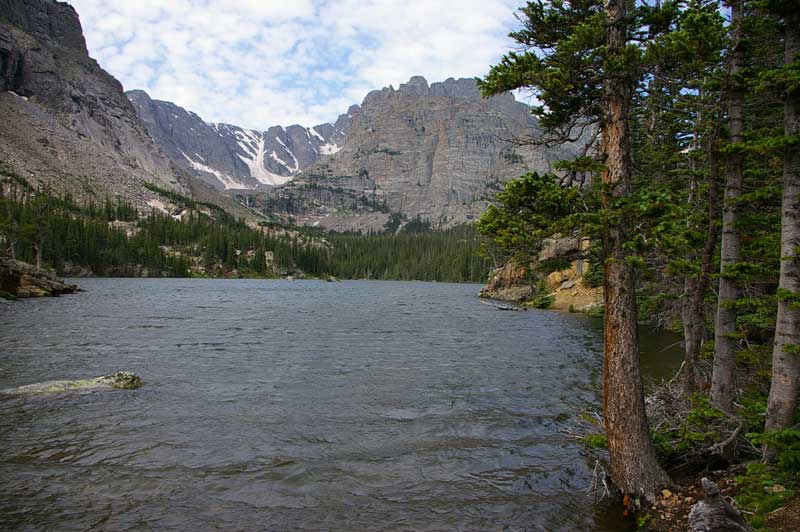 Looking up at Timberline Falls showed the trail to be melted off: 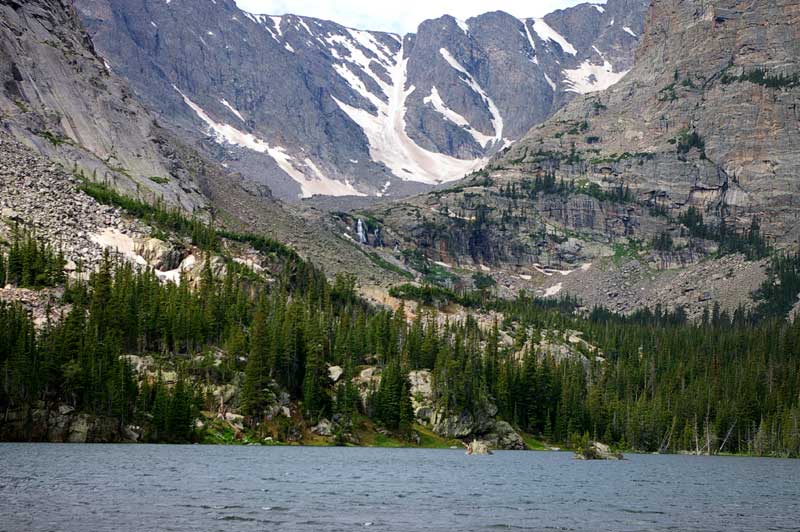 I got out into the wind again once I climbed the small waterfall that Granny had climbed so many years ago now. I stopped and took a picture of the huge wall we pass just before climbing the waterfall: 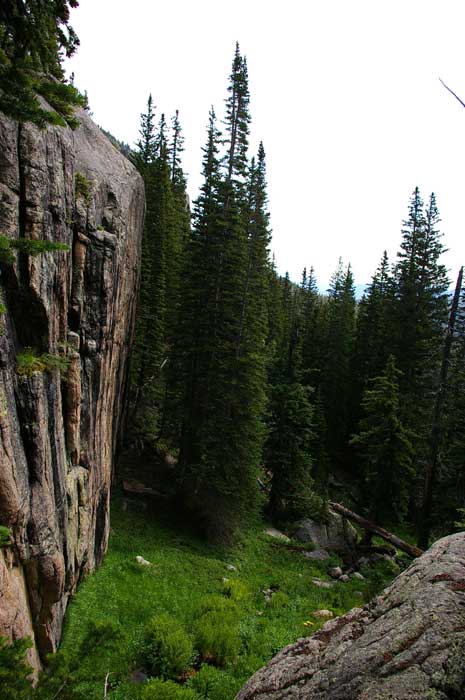 It wasn’t long after the falls that I got out into the open and was able to slow down a bit without worrying about the skeets. I took the trail up to Andrews Tarn where I got my first close view of the glacier. It looked very good for going up with just one small band of ice showing: 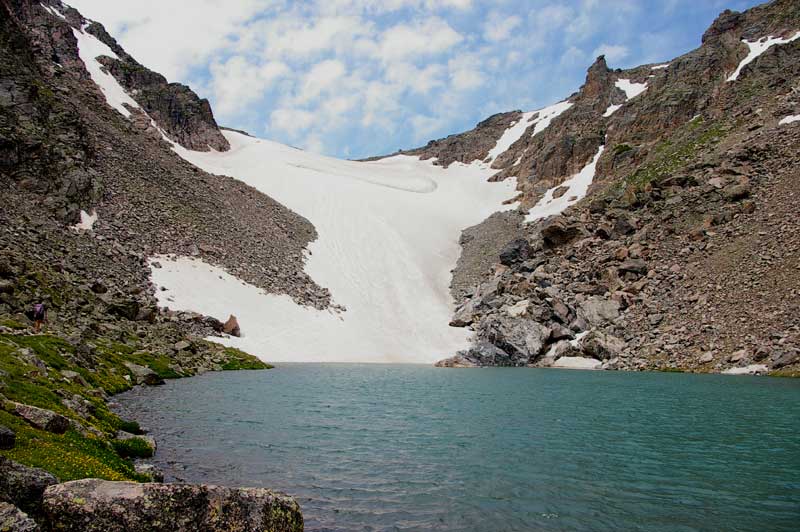 I was able to stomp good footsteps into the glacier although it was certainly hard enough to do some real fast glissading. Heh, I was about half way up the lower steep section of the glacier when I noticed others coming down the glacier. I stopped and saw they were gathering to glissade down the lower steep part. I’d never seen anyone glissade double but I waved them to come on by: 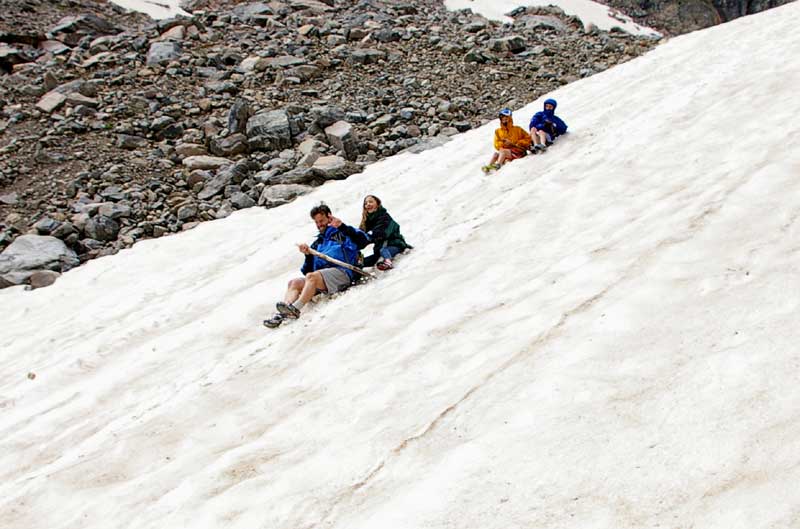 I went just past where they started glissading and took a short break: 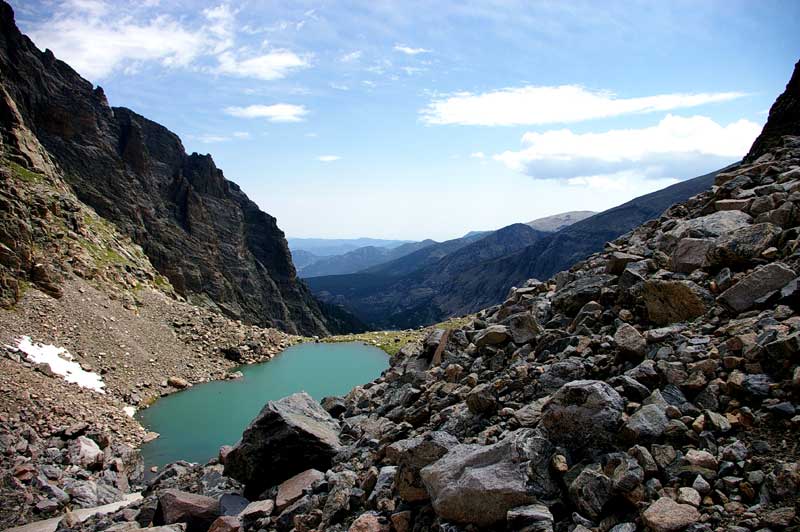 The crevasses I’d seen last year were not visible and going up the glacier was just a slog but the air was cool and I didn’t work up much of a sweat before reaching the pass: 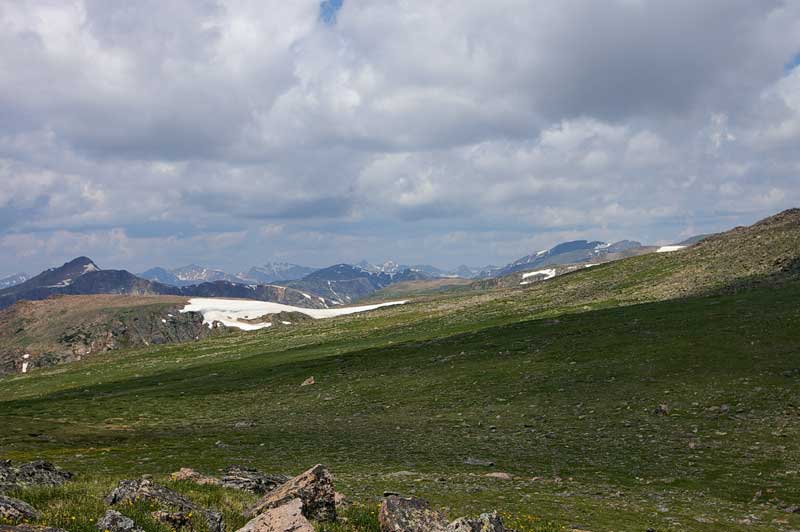 I had lunch on the pass and figured I’d head back down because it was already noon when I got to the pass and the weather looked to be moving in. It was quick going down the glacier to the Tarn: 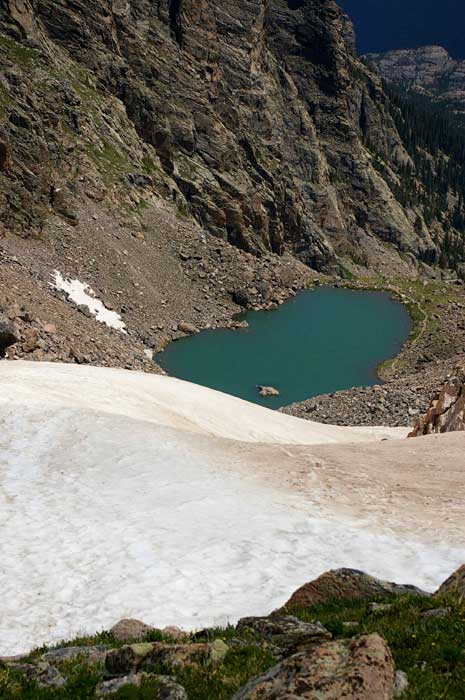 A dark cloud came over as I reached the tarn: 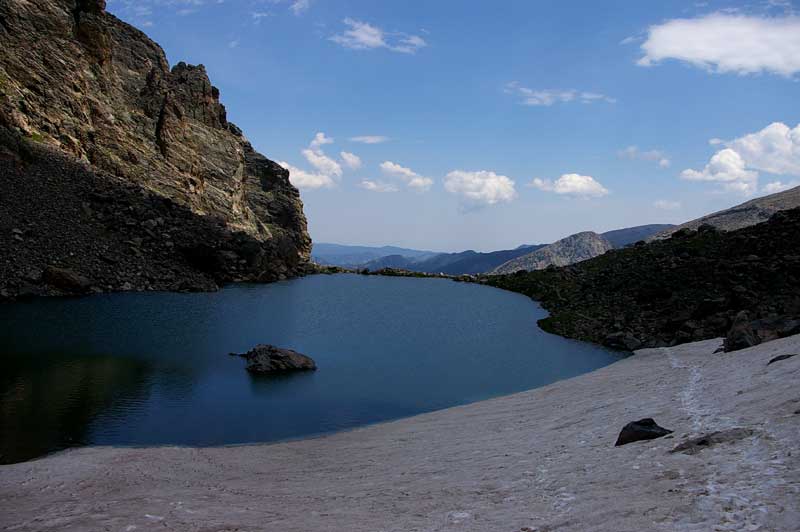 It didn’t actually start raining until just before reaching Beautiful Lake Marv but it was a light rain and I didn’t put on any rain gear. I started to get wet a couple times but then dried off when the rain let up.
Too bad I overslept because I was feeling strong all day.
Ed Huesers
http://www.grandshelters.com
http://www.facebook.com/Igloo.Ed
Top
Post Reply
1 post • Page 1 of 1