With nearly bluebird skies the few clouds only added to the photos today along with the few wisps of snow blowing off the peaks. We had received 6 inches of snow since I was up yesterday having us merrily strolling along on the fresh powder with yesterday's packed base below: 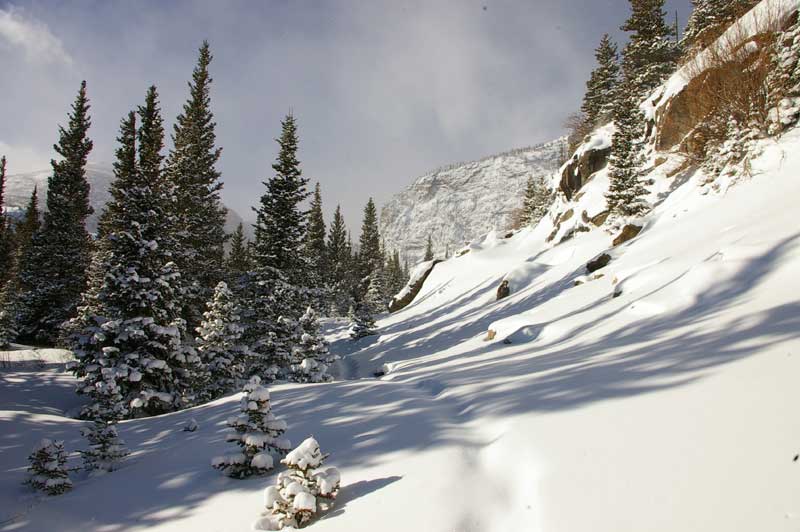 Our tracks were nearly gone from yesterday but the new snow was soft and cushy on the feet making the extra work of breaking trail worth the effort.
Incidentally, John Rock is just around the corner.

A little better picture of that corner: 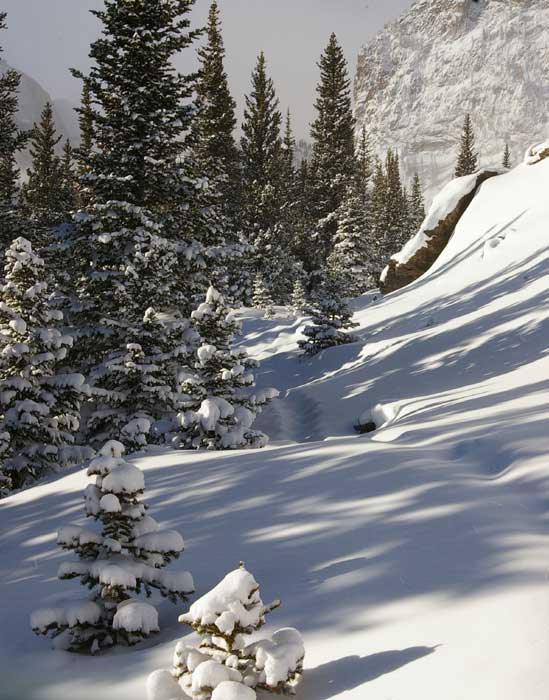 Looking back at our trail shows how it is an anti-park trail in that it doesn't run through the protection of the woods but instead out in the open and exposed to the elements: 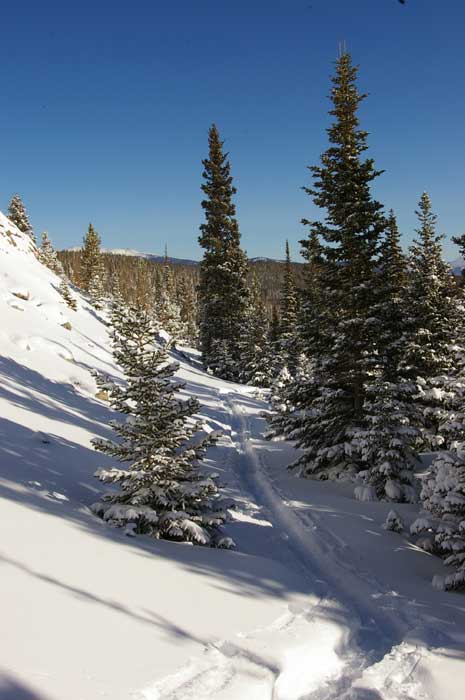 Today was an exceptionally calm day though which made the sun feel very warm.

As we rounded the corner, the view blocking John Rock was nearly unnoticeable, my view wasn't blocked like it was last spring when the rock fell and ended up sitting directly on the trail. Just a little hump of snow was visible just past the large shadow with the huge boulder in the shadow: 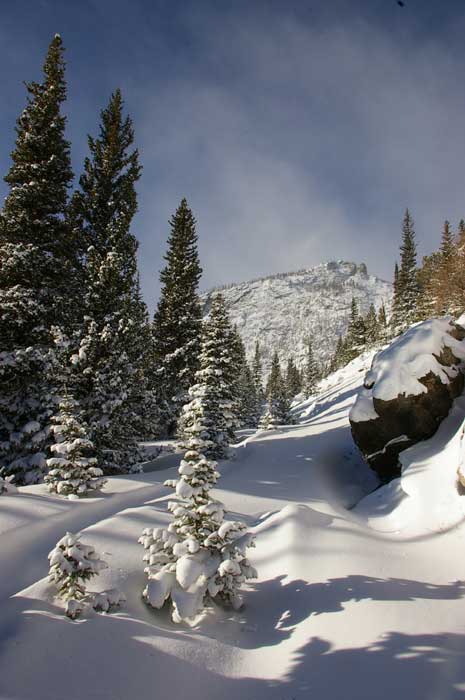 A closer view shows the small hump of John Rock in front of the small pine tree in the front center of the picture: 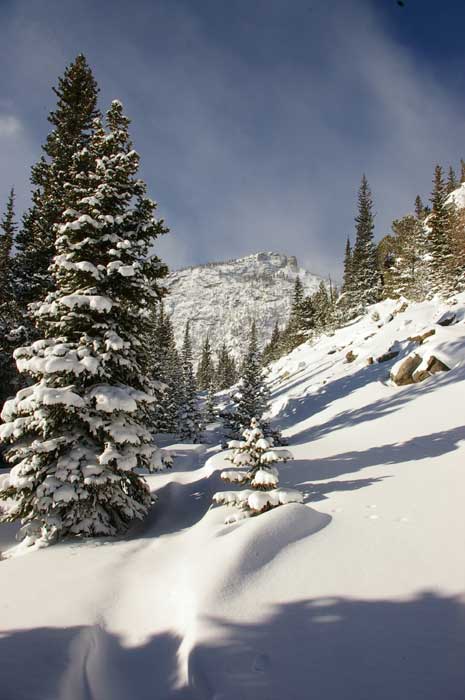 Yesterday and today's trail went to the left of the rock but the next time I travel on the trail, I will walk over John Rock.
The rock is about the size of a VW Beetle and it about six feet tall meaning there is 6 feet of snow in that picture.

We kept huffing along with Jim wearing his usual smile as he gets a workout: 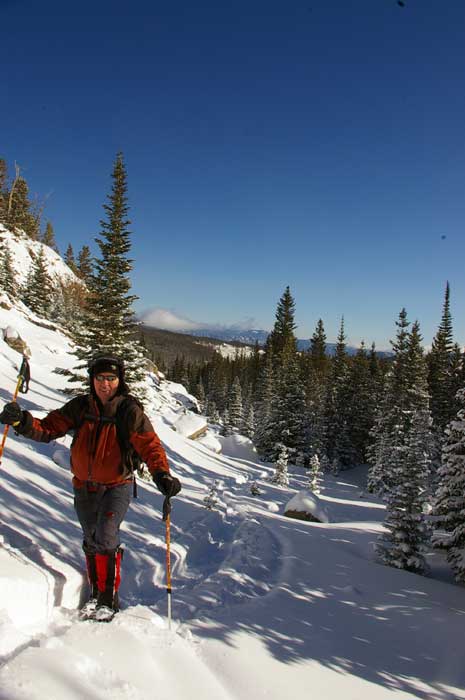 In the summer, I've been known to hike a series of ten glacial knobs in one day and Knob #5 is just to the left of the obvious snowy pass on the left of Otis Peak: 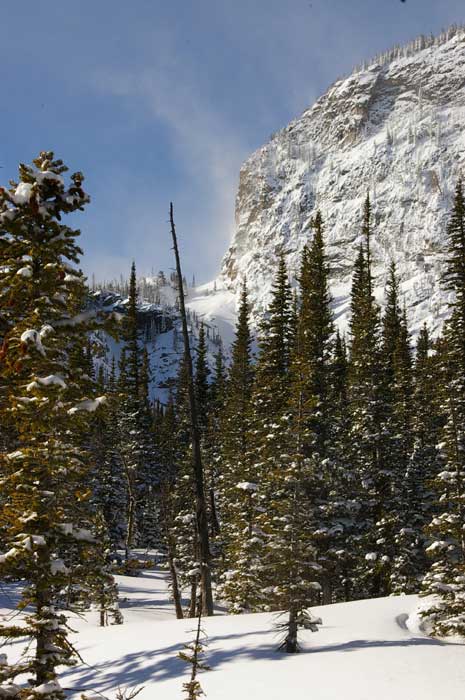 I love that view every time I see it and the snow blowing around the corner made is surreal today.

We stopped by Bullwinkle's camp to check out the igloo that he and his son built yesterday and it was quite impressive sitting amongst a slope of large boulders: 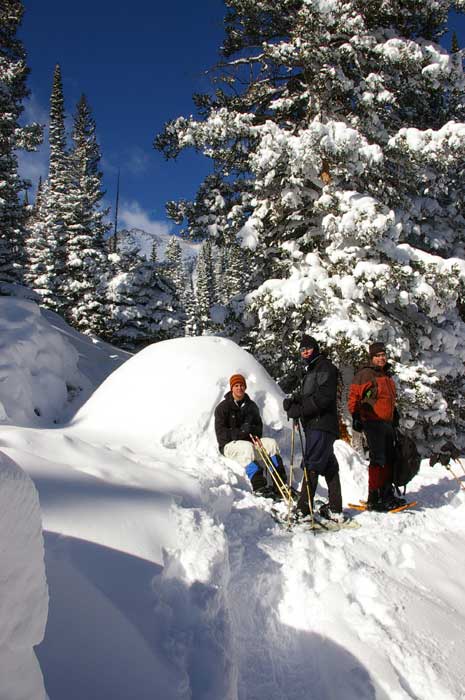 This view shows just the tip of the igloo but what a setting for a winter evening: 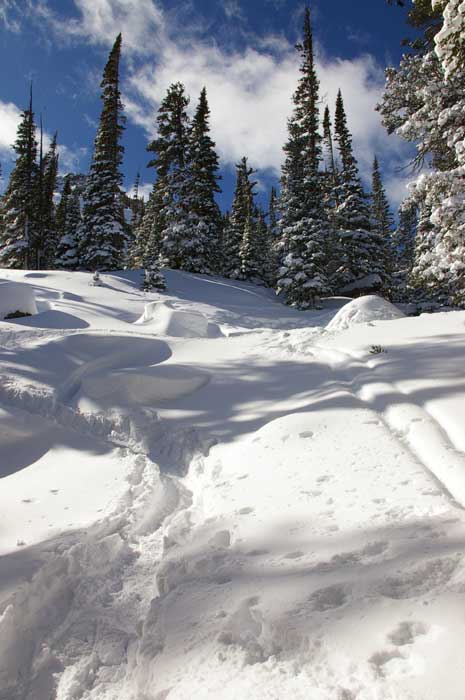 Bullwinkle and his son joined us for a stroll to Lake Haiyaha but most of the broken ice was buried in fresh snow. This picture makes me think of Ice On The Rocks: 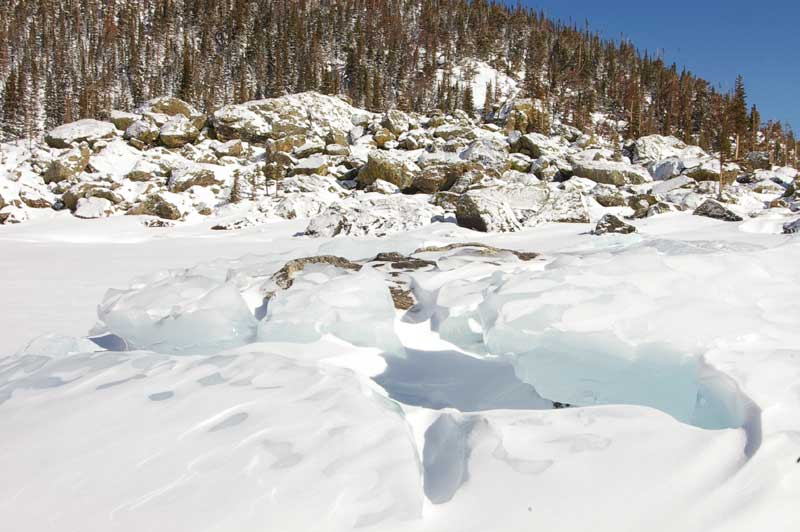 We headed back to the trailhead after seeing there wasn't any other ice to view and stopped in Estes for coffee and a well earned boost.
Ed Huesers
http://www.grandshelters.com
http://www.facebook.com/Igloo.Ed
Top
Post Reply
1 post • Page 1 of 1