FINALLY! THERE IS SNOW! I went up skiing today and found a good foot or two of fresh snow that was heavenly to ski. The snow was a little bit heavy but what a change since last weekend when I was still avoiding rocks and logs. I hooked a couple rocks today, and that is it, I wasn't even being careful to avoid them.
We ended up going up a route that someone else had skied the previous weekend but it had snowed so much since that there was very little sign of a trail. The little dip in this picture is where a trail was broken last weekend. 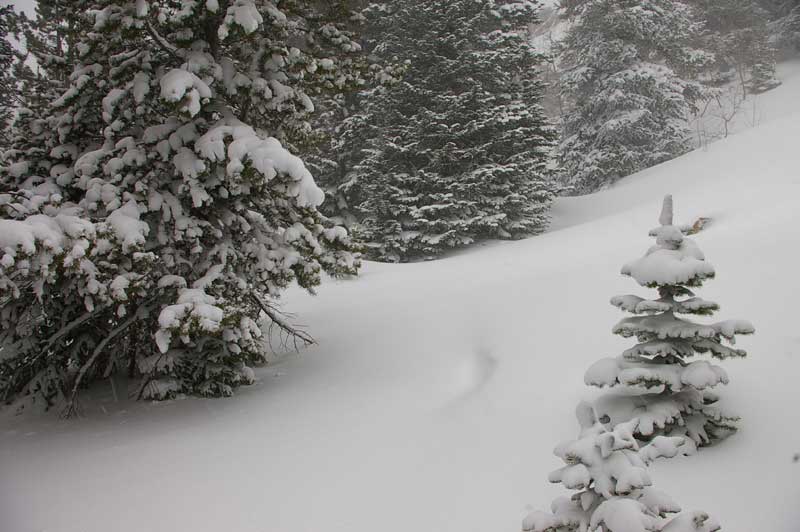 On the way to the trailhead today we drove into a snowstorm and it was snowing heavily and blowing when we reached the trailhead. The snow increased as the day went on and we gained altitude until it was snowing so hard that it felt we were we traveling along in a quiet bubble. I felt so much at home with all the snow and the familiar surroundings. 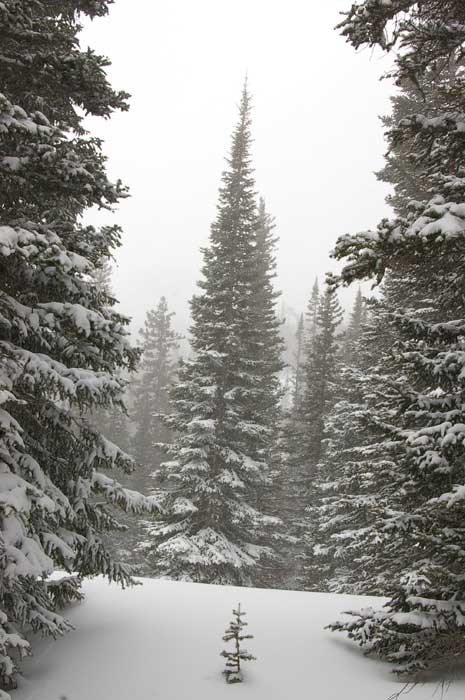 The snow was a bit heavy but it still felt so soft. My bud came along and easily broke trail over my ski tracks with his snowshoes. 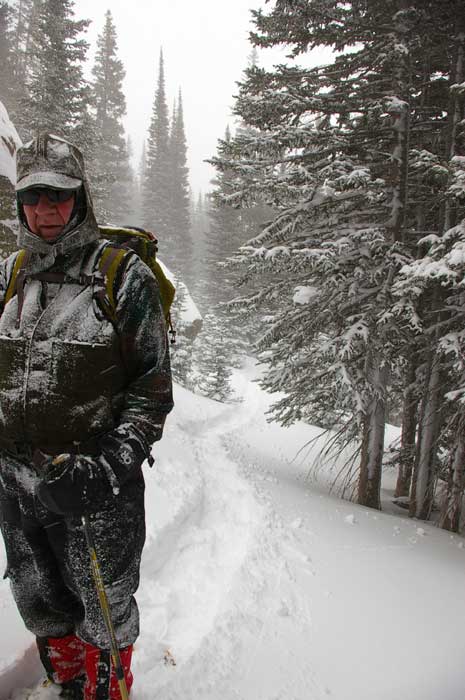 I knew my other bud, Tim, was going to build an igloo today with his son to stay the night and I figured I'd break a trail up to a fun spot for him to build an igloo. We found a big boulder field that gets dumped on quiet heavily with snow. This is the view from just below the igloo spot and shows bumps from the large boulders underneath the snow. 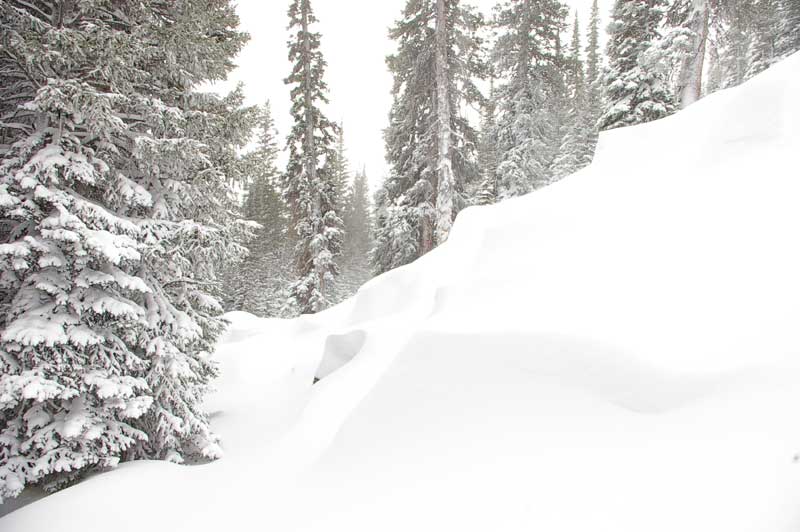 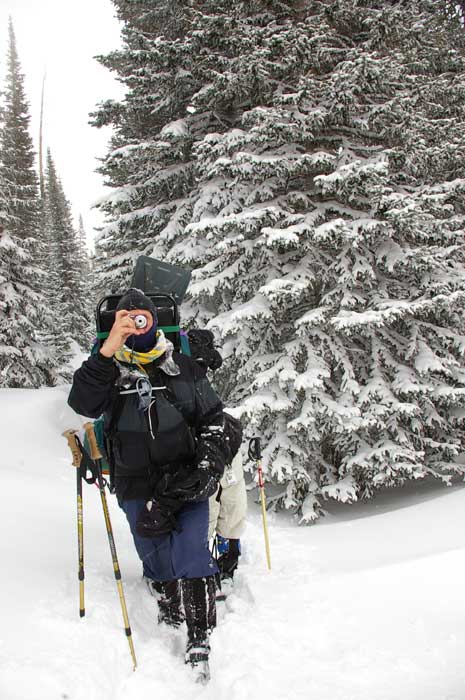 It is supposed to snow through tomorrow, I'll be up in it again tomorrow.
Ed Huesers
http://www.grandshelters.com
http://www.facebook.com/Igloo.Ed
Top
Post Reply
1 post • Page 1 of 1